Williams College received its first donation of art, three Assyrian stone reliefs from the ninth-century B.C., in 1851. Today, the Williams College Museum of Art holds 15,000 pieces of art from across the world. Great American names like Warhol and Hopper adorn its walls, while ancient sculpture from India and Africa rest in its display cases.

The museum also provides opportunities to study its art. The Rose Object Classroom is a designated space for groups to meet and examine pieces from the collection up close. Different academic departments at Williams College collaborate on exhibitions, like “The Seeds of Divinity” which was a joint effort with the Anthropology department to expose pre-Columbian religious art.

While the physical galleries remain closed, a catalog of the art with pictures is available online. The museum has also provided coloring pages for families based on its art.

This Williamstown museum began in 1955 as a location for the extensive art collection of Sterling and Francine Clark. After the founders’ deaths in 1960, it slowly transformed into a cultural center of art hosting graduate programs, conferences and symposia. Now much more than a museum, the Clark Art Institute includes research initiatives and an art research library.

The Clark houses an extensive collection of French Impressionist work, especially that of French painter Pierre-Auguste Renoir, who helped develop the style. The museum’s Manton Collection of British Art includes the Biblical sketches of William Blake’s “Illustrations from the Book of Job” and countryside scenes by John Constable.

Although The Clark postponed two major exhibitions, “Claude and François-Xavier Lalanne: Nature Transformed,” and “Nikolai Astrup: Visions of Norway” until 2021, the museum still plans to open several shows this summer, including its first outdoor exhibition, “Ground/Work,” which will open in September, as well as “Lin May Saeed: Arrival of the Animals,” opening in early August; “Lines from Life: French Drawings from the Diamond Collection,” and “Pia Camil: Velo Revelo,” which will open with the reopening of the museum.

Although it only opened in 1999, Mass MoCA has one of the oldest campuses of any art museum in the Berkshires, with 25 of the 26 buildings in the massive complex built before 1890 for Arnold Print Works. The size of this historic site allows Mass MoCA to show more than 40 permanent and temporary exhibitions at a time. The wall drawings of artist Sol LeWitt occupy over an acre of wall space in one of the museum’s buildings, a three-story mill restored to LeWitt’s specifications.

Mass MoCA is temporarily closed but has not ruled out reopening later in the summer. Until then, descriptions and pictures of its installations are available online. Some installations also display PDF guides or videos on the website.

The combination of art, artifacts and nature housed in the Berkshire Museum began with the vision of Zenas Crane, a Dalton businessman who wanted to bring the best of New York museums to the Berkshires, in 1901. He acquired a diverse collection for the museum, including an Egpytian mummy and the desk of Nathaniel Hawthorne.

The Berkshire Museum continued to be a cultural frontier during the 20th century. It was the first museum to commission mobiles from Alexander Calder and to display the work of Norman Rockwell. The museum today includes an aquarium, a geological section and a permanent collection of paintings.

An entire website, explore.berkshiremuseum.org, is dedicated to online education through the museum’s resources. Audio and video pieces on animals and the natural world are available for children, while virtual tours of galleries and exhibitions are more geared towards adults.

From 1902 until 1911, this Lenox property was owned by Edith Wharton, still one of only 5 percent of National Historic Landmarks dedicated to women. Wharton lived here while writing two novels, “The House of Mirth” and “Ethan Frome.” In a society tightly bound for women by patriarchal expectations, Wharton earned fame and prosperity through her own merits, even devoting that wealth to humanitarian efforts in Paris during World War I.

The 110-acre estate has been a girls’ school and a home for Shakespeare over the past century. Wharton designed the house herself with assistance from two professional architects. The estate’s stables and gardens have been restored to reflect their designs when Wharton lived there.

Special events have been postponed through the end of June, and the estate is currently closed. However, online lectures and discussions are being streamed over Zoom, and online exhibits featuring Wharton’s writing are available on the website. 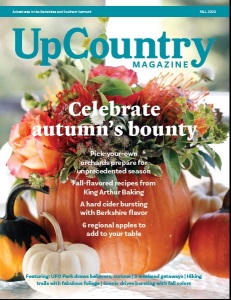