There are stories waiting to be told in the historic properties overseen by The Trustees of Reservations. The stories aren’t necessarily tales of grandeur, but more anecdotes of everyday life of the former owners. And the narrators are mute objects — a green garden basket that Mabel Choate used to bring in fresh flowers from her Fletcher Steele designed gardens at Naumkeag; a tea cart made by the celebrated designer Vladimir Kagan at Field Farm or a wooden scoop made by the Stockbridge Mohicans found in the collection of Mission House.

A pair of wooden dumbbells with the initials W.C.B. on them sits in a basket at the end of the bed on the second floor of the William Cullen Bryant Homestead in Cummington, Mass. Almost weightless, it’s hard to imagine, by today’s standards, that they were ever used in a beneficial exercise routine.

But the dumbbells played an important role in the daily routine of William Cullen Bryant, a poet and longtime editor of the New York Evening Post, who summered at his boyhood home from 1865 to 1878.

“We know today that his workout was more aerobic and calisthenics-based,” said Mark Wilson, curator of collections and cultural resources manager for The Trustees of Reservations. “We know from books in his collection that he did things like jumping jacks and touching of the toes, as well.”

Bryant, he said, was also into homeopathic medicine and was considered to be “very forward thinking” when it came to his diet.

“Bryant was a health nut — he had a particular diet he followed and his own exercise routine,” according to Andrea Caluori, engagement manager for The Trustees of Reservations Northwest Region. “That diet was created by Sylvester Graham who advocated vegetarianism and whole grains (he inspired the graham cracker).”

The dumbbells are just one seemingly insignificant item at the homestead that can provide greater insight into the daily life of the household and its owners.

In the kitchen, two simple looking books hold valuable information about two of the women in Bryant’s life — his mother, Sarah Snell Bryant, and his wife, Frances Fairchild Bryant.

The diary, from 1794, is typically open to the week in which Cullen Bryant was born. The entry notes that a son was born and who came to the house to assist in his birth.

“It’s not like the type of diaries we are accustomed to today. It’s much different because the purpose is much different,” Caluori said. “It’s more a historical record in some respects — not written to be read like a story or to share ideas and insights.”

Other entries include the deaths of neighbors, the coming and goings of visitors, chores performed and the weather.

Frances Bryant’s cookbook, known then as a “receipt book,” a handwritten book of recipes she collected between 1831 and the 1850s. It also contains recipes she clipped from papers and packages and a small book of home remedies.

“It’s a primary source and excellent example of the type of cooking and culinary interests had by a middle class 19th century woman,” Caluori said. “There is also a smaller notebook in the receipt book that includes names of grocers and addresses in New York City where Frances purchased certain ingredients and items. Therefore, I would certainly agree that these are places she frequented in order to do household shopping.”

The William Cullen Bryant Homestead is one of 10 historic sites under the care of The Trustees of Reservations that will be open to the public, free of charge, on Saturday, May 19, from 10 to 4, during ‘Home Sweet Home,’ the organization’s annual open house day.

The sites typically charge a general admission fee and a few are only open a few times a year.

Four other Trustees sites in the Berkshires are included in the free day: The Ashley House in Sheffield, Naumkeag and Mission House in Stockbridge, and The Folly at Field Farm in Williamstown.

Visit thetrustees.org/homesweethome for all the details.

Click the images below for a closer look at a few of the items you’ll see at select Trustees sites. 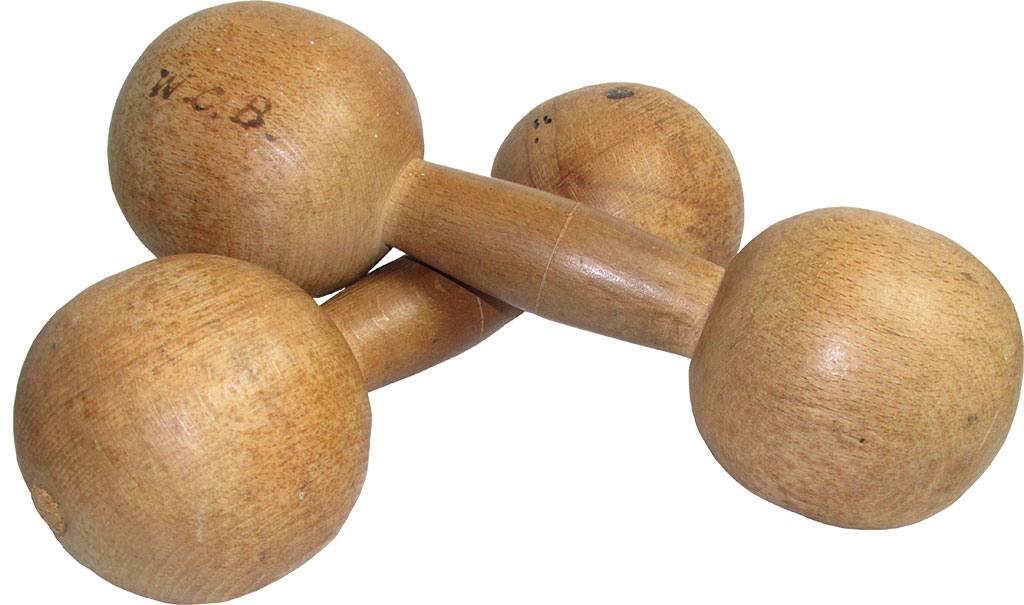 William Cullen Bryant’s exercise routine included waking up in the morning to lift the wooden dumbbells and to complete his “daily dozen.” His exercise routine also included jumping jacks, touching his toes and using a pole to vault over his bed — 12 times each morning. He also went for long walks on the property.

He followed the Graham Diet, which was very close to a vegetarian diet, although it did not fully restrict meat. He began the day with a simple breakfast, usually brown bread and fruit that was in season. No coffee or tea and generally no animal products were consumed after noon. 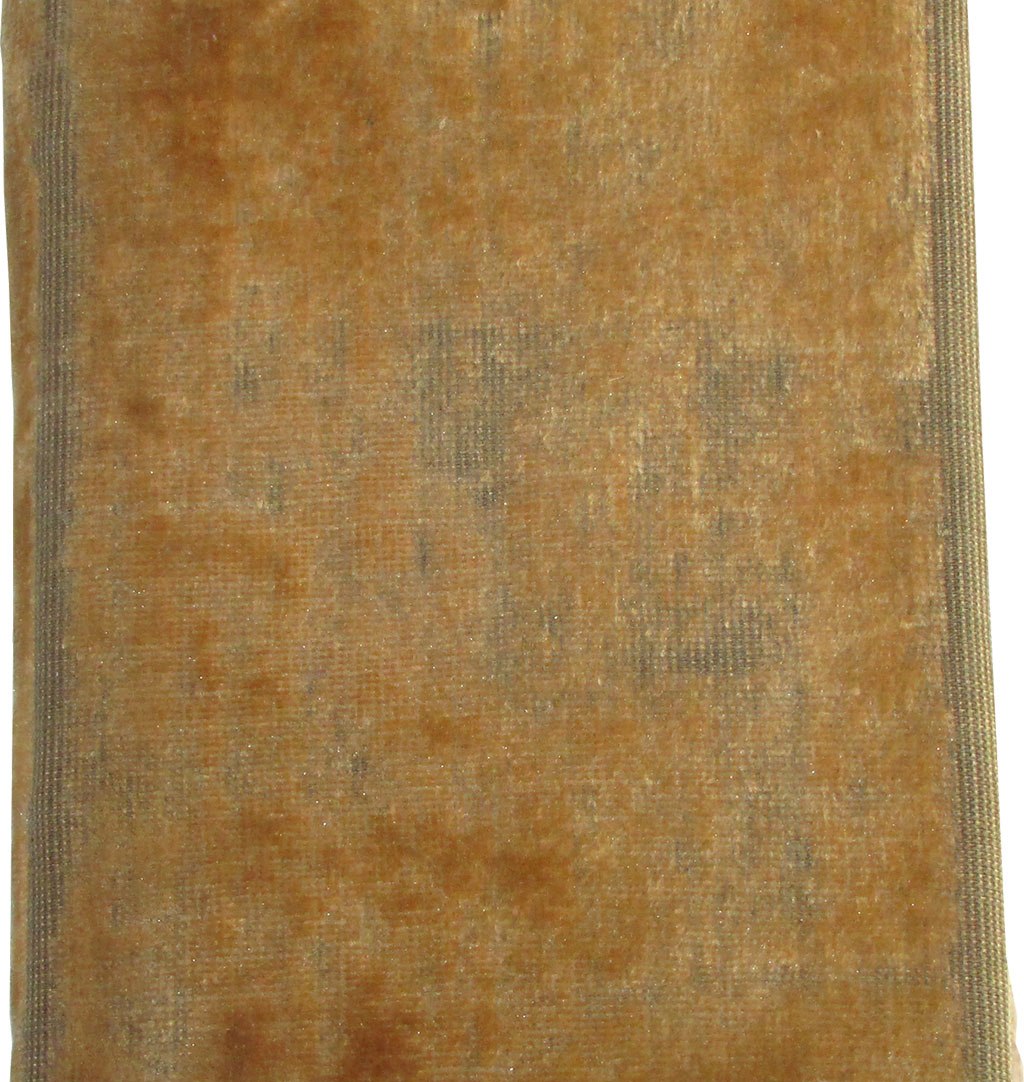 This diary belonged to William Cullen Bryant’s mother, Sarah “Sally” Snell Bryant. Bryant was born in Cummington, but not at the family homestead, which was purchased a few years later.

Sarah’s diary from 1794 is one in a series. The others reside at Harvard University.

“Sarah’s diary is a good example of diaries before the ‘I’ was introduced. In other words, a diary in Sarah’s lifetime was not centered on the self, but rather a record of events, visits and daily tasks,” said Andrea Caluori, engagement manager for The Trustees. “That’s why almost all of the entries are one or two lines, mention the weather, who visited, who was born, who died, and any work Sarah completed — ironing, washing, etc. It certainly is fascinating because it constructs a tangible idea of how women were running a small homestead in a remote place and all of the tasks associated with household management connected to living off the land.”

On Nov. 3, 1794, Sarah’s entry includes a note that there was a strong wind from the northeast; that she churned butter; and that at night a son, William Cullen Bryant, was born. 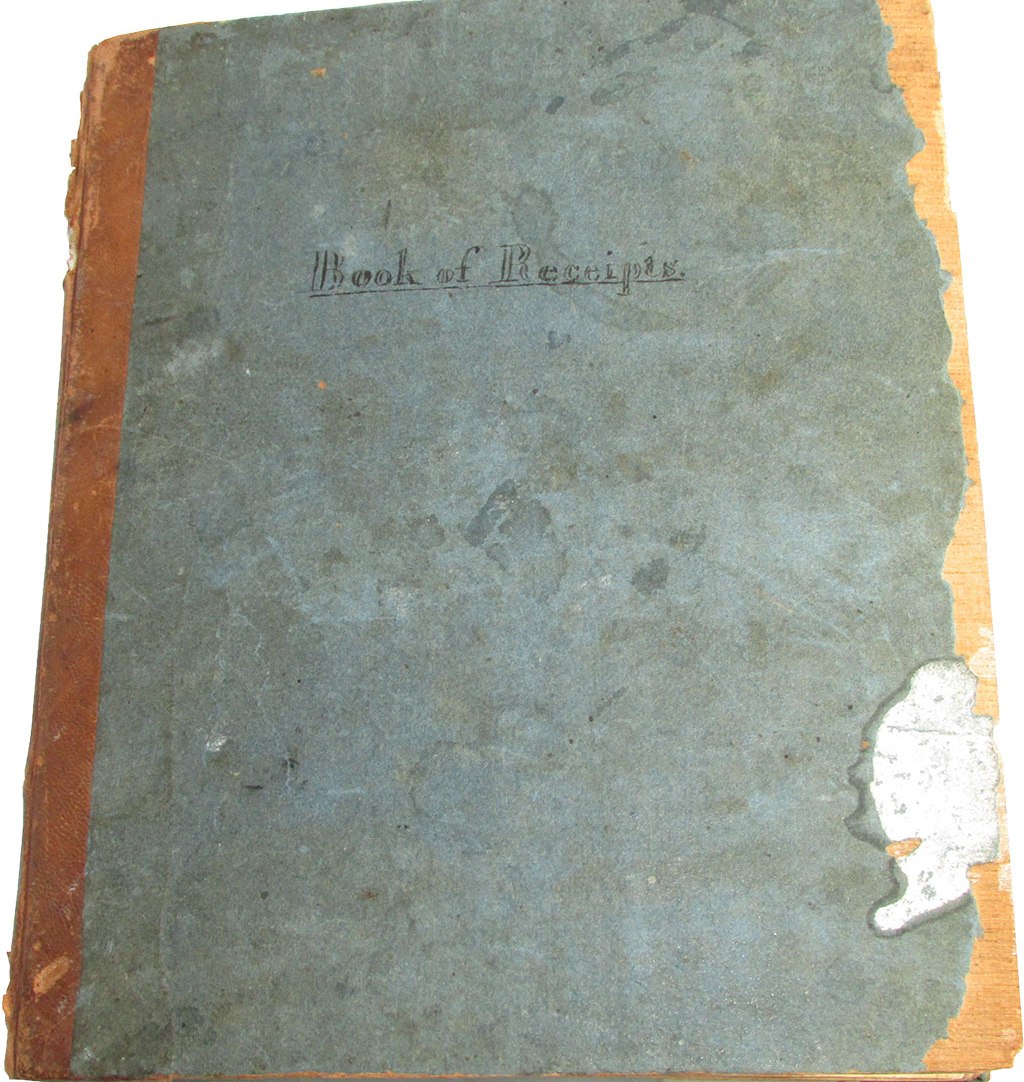 Known as a receipt book when it was handwritten by Frances Fairchld Bryant, this cookbook is typical of a 19th-century middle-class woman. Written between 1831 and the 1850s, Bryant’s book is a collection of recipes, remedies and even some knitting patterns she received or discovered from friends, books, and family members. While this book doesn’t have many main dishes in it, there are a variety of side dishes, cakes and recipes for special occasions, along with recipes for beer brewing and her brandied peach preserves.

“Our daily meals, we just know from memory and prepare them. Therefore, it does make sense that most of these recipes seem to be for items that are for entertaining or to prepare as treats” Caluori said.” Yet, there are still remedies, newspaper clippings, preserves instructions and notes — so a few things that speak to daily and seasonal tasks. It’s a bit of an amalgamation and snapshot of someone’s culinary interests and a lifestyle that mixes country living with city life.”

At first blush, this recipe appears to be for cupcakes. But on closer inspection, it’s for a “cup cake” — a cake similar to a pound cake in taste but with a recipe where most of the ingredients are measured in cups: 1 cup of butter, 2 cups of sugar, 1 cup of sweet milk, 4 cups of flour, etc.

A preservationist and horticulturist, Mabel Choate turned her family’s summer home, Naumkeag, into a year-round residence surrounded by sumptuous flower gardens she designed with the famous landscape architect Fletcher Steele.

One can only imagine the flowers that Choate collected from her extensive cut flower beds with this simple woven basket.

“It’s very utilitarian,” said Mark Wilson, the curator of collections for The Trustees. “It was used on a daily basis and would have been central to a garden life. We know that Mabel kept fresh flowers in the house, as we have quite a few of her vases.”

Photo: Stewart Clements — Provided by The Trustees of Reservations

At Field Farm, avid modern art and furniture collectors Eleanor and Laurence Bloedel surrounded themselves with natural architecture, sculpture and modern furniture both inside and outside their mid-century modern home. When the property was donated to The Trustees in 1985, it came with Bloedel’s mid-century modern house, known today as the Guest House at Field Farm, and The Folly, a guest house designed by New York architect Ulrich Franzen.

Also included were all of the original furnishings, which are works of art by themselves. The collection includes pieces by Jens Risom, Finn Juhl, Niels Vooder, and the acclaimed designer Vladimir Kagan.

Kagan, who was dubbed as “one of the most important furniture designers of the 20th century” by the New York Times, was credited with bringing sensuality to the furniture industry.

The tea cart, designed by Kagan, is described as having “fluid lines and a stylish spirit, all while maintaining its functionality.”

The property also has a complete dinner set, comprised of a table and chairs by Kagan, according to Wilson.

Photo: Michael Flowers — Provided by The Trustees of Reservations

Made circa 1780, this hand-carved wooden scoop, featuring a carving of a beaver on its handle, was made by members of the Stockbridge Mohican Indians.

“It was used for scooping grain, food stores and for food processing,” Wilson said. “It’s not too big. It’s about 6 inches — hand-sized.” What makes the item unique is its age and condition.

“Wooden items like this don’t often survive,” he said.

The scoop is part of a collection of historic items from the American Indian tribe on display at Mission House as part of an ongoing cultural collaboration with the Stockbridge-Munsee Community of the Mohican Nation which continues today in Wisconsin.

Mission House, built in 1740 by John Sergeant, the first missionary to the Stockbridge Mohicans, was moved to its present location and restored between 1926 and 1929 by Mabel Choate, an early preservationist and owner of Naumkeag. Choate purchased several items from the Stockbridge-Munsee Community and numerous furnishings from the 16th and 17th century, including items from the Sergeant family, for the house.

Photo: Michael Flowers — Provided by The Trustees of Reservations

Jennifer Huberdeau is New England Newspapers’ online editor and associate editor of UpCountry magazine. She also pens the column, “The Cottager,” for Berkshires Week and The Shires of Vermont.